Trustees are volunteers that are appointed to serve two year terms. Do you feel passionate about Ledyard Public Schools? Are you interested in becoming a LEAF Trustee?  Email us at president@ledyardeducation.org

Carmen Garcia-Irizarry
Trustee - President
Carmen started her term as President in July 1, 2022.  She is looking forward to working with the LEAF trustees and the Ledyard Board of Education to ensure LEAF continues to support excellence in Ledyard Schools.  Carmen graduated from the University of Puerto Rico in 2002 with a Bachelor's Degree in Chemistry. She has been working as a scientist at Pfizer since 2006 and has been living in Gales Ferry since 2007. Carmen has three children currently attending Juliet W. Long, Ledyard High School and Yale University. Carmen volunteered for several years as the Science Fair Coordinator at Juliet W. Long Elementary School.  In her spare time, Carmen loves going hiking with her dogs and photography.

John Cusmano
Trustee - Governance Chairperson
John has been a dedicated trustee since LEAF's inception in 2003. John was LEAF President in 2005-2007 and assumed the presidency again in 2020-2022. John and his wife Nancy have lived in Ledyard since 1991.  Their three children all attended Ledyard Public Schools and graduated from Ledyard High School. In addition to his long association with LEAF, over the years John has served as President of the Ledyard Soccer Club, as an Assistant Scoutmaster for Troop 16 and as a youth baseball, basketball, and soccer coach. John, Nancy, and their family are avid skiers and hikers. John recently retired after over 35 years in the pharmaceutical industry, most recently as Head of Project Management and Chief of Staff for Takeda Oncology in Cambridge MA. He holds a PhD in organic chemistry from The University of Vermont and a MS in Management Science from Rensselaer Polytechnic University.

Barbara Leandri
Trustee - Events
Barbara Leandri, is a past president of LEAF.  She has been active both on the LEAF Board and in the Ledyard education system since 2005. She is currently active in Ledyard High School Sports Boosters and Music Boosters. Barbara formerly was the president of the GFS/ JWL School Parent Teacher Organization and was involved with Ledyard Middle School PTC.  Barbara is highly effective at motivation and fundraising. Her commitment and dedication to our community is far reaching. Barbara graduated from Ledyard High School and chose to raise her family here with her husband John for the past 16 years. They have three children: Steven, Michael, and Anna.

Michael Pfarr
Trustee - Secreatary
Mike grew up in New Jersey prior to enlisting in the U.S. Navy.  After completing the Nuclear Power training program, he was stationed at the submarine base in Groton in 2000, and has remained in Connecticut since.  He has lived in Ledyard for the last 7 years, with his wife Kristin and their two sons.  Mike has worked as a Mechanical Engineer for over a decade and is currently employed at A/Z Corporation.  Additionally, he is actively                         involved in Scouts BSA with his sons and currently serves as the Assistant Cubmaster for Pack 16 in Ledyard.

Angela Cassidy
Trustee
Angela has been a LEAF trustee since 2016. Her earlier 20 year career focused on marketing and public relations for profit and non-profit companies.  She also spent years as an Education Consultant marketing software, doing training and implementation.  After having her two daughters, Angela focused on her own real-estate business projects and volunteered in many capacities throughout the Ledyard district.  Some of which included:  Weekly Classroom Volunteer, PTO, Girl Scouts, Music Boosters, The Library, Community Projects, and the JK Food Locker, etc.  She enjoyed organizing 5K Runs/Walks, School Holiday Breakfasts, Basket Raffles, Auctions, School Holiday Brunch, Harlem Wizards Basketball Fundraisers, Science Fair, Holiday Market, and Field Days.  In her spare time she enjoys hiking, kayaking, and travel with her husband, Jim and daughters, Emma and Caitrin.

Adrienne Parad
Trustee
​​Adrienne Parad is a Ledyard resident, mother of three school-aged children, veteran of the US Navy, and is currently employed at Magellan Health as a Physician Clinical Reviewer.  She was born and raised in Rhode Island and lived in Warwick until 2003.  Adrienne has a Bachelor of Science from the University of Rhode Island and a Medical Doctorate from Boston University School of Medicine.  She completed her Family Medicine residency at the Naval Hospital Pensacola. Adrienne is married to Andrew Parad, and they have 3 children.  The Parad family was assigned to Subase and moved to Ledyard in 2012, after an overseas tour in Bahrain.  In 2014, Adrienne was honorably discharged from active duty status and began her employment in Mystic, CT as a Primary Care Physician, then escaped to New Zealand for 6 months during the height of the pandemic, and now works in Utilization Management.  Adrienne continues to be an active community supporter of Ledyard Public Schools, with all three children attending the STARS program, Ledyard Center School, Gallup Hill School, and Ledyard Middle School.  She is a supporter of LEAF, and truly values the importance of quality education.  Her kids have benefitted from many of the LEAF grants all the way from the iPads in kindergarten to the book vending machine in middle school.  The kids are active in sports, music, and drama.  In her spare time, Adrienne enjoys running, Peloton, healthy cooking, volunteering and spending time with her family.

Ellin Grenger
Trustee
Attorney Ellin Grenger has lived in Ledyard since 1993, and practices law in Mystic.  Her practice is limited to real estate transactions, estate planning and settlement, and Probate and Juvenile Court matters.  A nationally certified Child Welfare Law Specialist, she also served as Ledyard’s final Judge of Probate, due to the consolidation of the Probate Courts.  She is proud to be a LEAF founding Trustee, and has been involved with many other local non-profit organizations, as well.  She has two children; one enrolled in Ledyard Public Schools and one that is a proud alum of Ledyard High School.

Meredith Robinson
Trustee - Database Coordinator
Meredith Robinson is a retired naval officer and attorney. She retired from the Navy JAG Corps as a Commander in 2011, after 20 years of service. An active volunteer within the community, she served as president of the Parent Teacher Organization at Gales Ferry School and Juliet W. Long School for 3 years and presently serves on a number of committees and boards within Ledyard. She is currently a federally certified EEO Investigator and Final Agency Decision Writer. Meredith and her husband Greg, a science teacher at Ledyard High School, have two children proudly attending Ledyard Public Schools. ​

Felix Vajdos
Trustee - Grants Chairperson
Felix has lived in Ledyard since 2002, after moving here to take a research scientist position at Pfizer in Groton, where he has been continuously employed to date.  He is married to Janis O’Quinn Vajdos, and they have 3 children: Benjamin, Jessica (both LHS graduates), and Nikolas (freshman at LHS).  In his spare time, Felix loves spending time outdoors and enjoys the ample opportunities to do so in Ledyard. 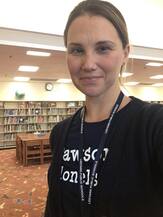 Heather Shipley
Trustee
Originally from Southern Illinois, Heather has lived in Gales Ferry since 2008, with her husband, Mark, who is currently stationed at the Groton Subase.  Their son, Luke, attends Juliet W. Long Elementary School.  Heather enjoys her job in the library at Gales Ferry School.  Heather’s Elementary Education degree is from the University of Illinois and she also holds a Master’s in Post-Secondary Education from Troy University. She has taught grades 3-8 in public schools in Illinois and Georgia, specializing in Reading, Language Arts, and Social Studies. The Shipley Family is very glad the Navy brought them here!

​My wife Amy and I have raised two Ledyard graduates Cole (2019) and Abby (2021).  We have appreciated the engaging and supportive faculty, staff, and administrators throughout the Ledyard School system.  I am excited to join LEAF and be part of an organization that promotes excellence and student achievement in Ledyard schools.